The club is very open to new players and having the opportunity to coach as many young people as we can.  The Under 14s teams are coached and managed by Derek Shaw and Richard Sorton.

Under 14 training sessions are as follows:

Training is informal and friendly, and we will go ahead in most weathers (as long as it is safe).

How to get involved

Please feel free to come along between 7.00 pm – 9.00 pm on a Friday evening for a free taster session.  You will need shin pads, gum shield and a stick, but don’t worry if you don’t have them, we have spares available.  You will also need warm clothing and a drink.

A young U14 squad, including a number of the U12 girls, has had a tough but rewarding season. The girls started in Division 2 of the league, and have needed to battle through some tough games against good opponents (and the weather!).  The girls have fought hard all season, always competing well, gaining hard earned points to maintain their Division 2 status, and finishing a highly creditable 7th place after the end of season play-offs.  Lots of learning to take forward into the new season.  Well done girls!

A strange season that saw us lose all three games in the first tournament, have three meetings cancelled due to snow, and a lack of players almost scuppered our season completely.  But a combined Bradifax side, won two games to go through to the Div 3/4 play off semi final where we only just lost 1-0 to the eventual winners.  The hockey we have played has been good and spectators were raving about the performances in the play-off.  Training too has been affected by the weather but it didn’t put you all off turning our for other sides at the weekends.  Many thanks to the U12 crew who stepped in to help our thin squad and I am sure we will carry on improving next season. 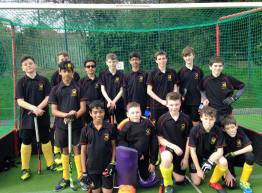 The U14 boys have had a great season where they have consistently found themselves in Division 2 of the Yorkshire Youth Hockey league. They saved their best performance for the end of the season play offs where they finished a creditable 3rd and did themselves proud with the performances and effort that they put in.  The majority of the team have found themselves breaking into the senior side of the club this season where we have representatives in the Men’s 2nds, 3rds, and 5th team.  Good luck to those boys moving into the under 16 boys next season and we are sure that the younger under 14s and those moving moving up from the under 12s will step up to the plate and strive to match the high standards set by this season’s under 14 boys. 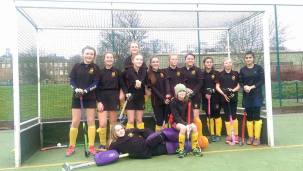 The under 14 girls have been fantastic this season. They started off in Division 8 and have worked their way through the divisions, by playing really well as a team and by playing fabulous hockey.  They finished in Division 3 which they won on the final day of the season to make the end of the season play offs.  Record played 24, won 23, lost 1, scored 38 and conceded 2 – This smiling bunch have had a great season.

Have you ordered your ticket yet?